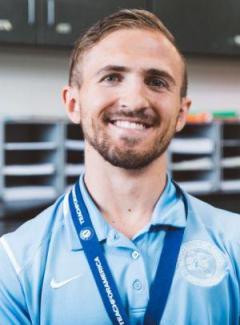 Jeremy "JJ" Dorrell was born in Springfield, Missouri. He graduated from Ozark High School in 2012. In high school Coach Dorrell accumulated a record of 135 wins and 12 losses in the sport of wrestling. He won numerous tournaments and conference championships. He was a four time freestyle and greco state champion and achieved All-American status after placing 4th and 6th in Freestyle and Greco at Nationals in 2010.